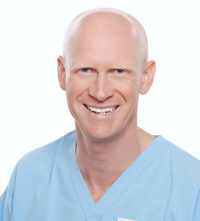 Born and raised in Blackburn, Stuart studied dentistry at Sheffield qualifying in 1996. He was commissioned into the Royal Army Dental Corps and served in Scotland, Germany, Oman, Iraq and Brunei over eighteen years. He has a young family now and left the Army to settle in the area and give them the stability they need.

Stuart really enjoys his job and has a real passion for dentistry, always wanting to produce the best work. He gained membership of the Faculty of General Dental Practice of the Royal College of Surgeons in 2006 and continues to develop his practice. Stuart has recently become a Licenced Affiliate provider of Fastbraces©. This is an orthodontic system which allows fast, safe and extraction free straightening of teeth and is new to the UK. He has also completed Dentsply training on the restoration of implants. He considers himself lucky to have found a practice with such a great team and wonderful principles where the patient is the first priority.

In his (rare) spare time Stuart enjoys cycling, swimming and has just started playing hockey again. That said most of his time is spent settling into the new family home which has turned into a bit of a project!

How to Find Us